The definite-maybes from the Prime Minister and his lackeys about staying indoors but going out for exercise in the fresh air being a good thing too, were confusing. It prompted the National Trust to throw open its grounds free of charge, only to have to close them completely three days later after attracting crowds that made Glastonbury look formal.

People extrapolated the ill-framed advice on fresh air to mean pack the caravan and go to Wales for the weekend.

The government has taken too long to explain what it is we are facing. It is all very well the government shying away from totalitarian actions and prevailing upon the public to be sensible but that depends on the public understanding the gravity of the situation.

The long March to reality

The public doesn’t know anything about viruses, the way they behave or the risk they pose and they are not interested in learning epidemiology. What we need is an unequivocal message with strong leadership.

The warnings have been too half-hearted. The government seems to have worried more about how it looks itself, rather than how it looks after us.  We need a simple, brutal message and a determined response.

Everyone around you is a suicide bomber. Anyone you see could explode at any moment. Where would you be safest?

Instead, our government has left it to reality to bring the message home. And so here we are at the end of March with news of increasing infections and deaths illustrating the message the authorities should have delivered a month earlier.

Change is going to come

The glass-half-full evangelists are cheer-leading the positive changes that will come after all of this; of how we will build a new strength of community in our neighbourhoods and a new appreciation of our public service employees, and that the public and welfare services will enjoy newfound value and benefit in government funding.

We have been so comfortable in the small government, each-one-for-themselves capitalist free-market materialism world, that it will need to be thoroughly broken before we build anything to replace it. If this virus and the lock-down persist for months, then there will have to be fundamental changes. When people cannot pay bills and buy food, then something will give.

Undoubtedly, Boris Johnson’s political career is at an end

But if the virus and the lock-down come to an end with April, then we will slip back to everything we had before. Undoubtedly, Boris Johnson’s political career is at an end. Take a look at Churchill, the Tory leader he most admires and aspires to. A determined and purposeful statesman who led the country from the front in its (previous) darkest hour. He navigated us to victory but once the war was over, the electorate dumped the Tories with a landslide Labour victory in the 1945 general election. 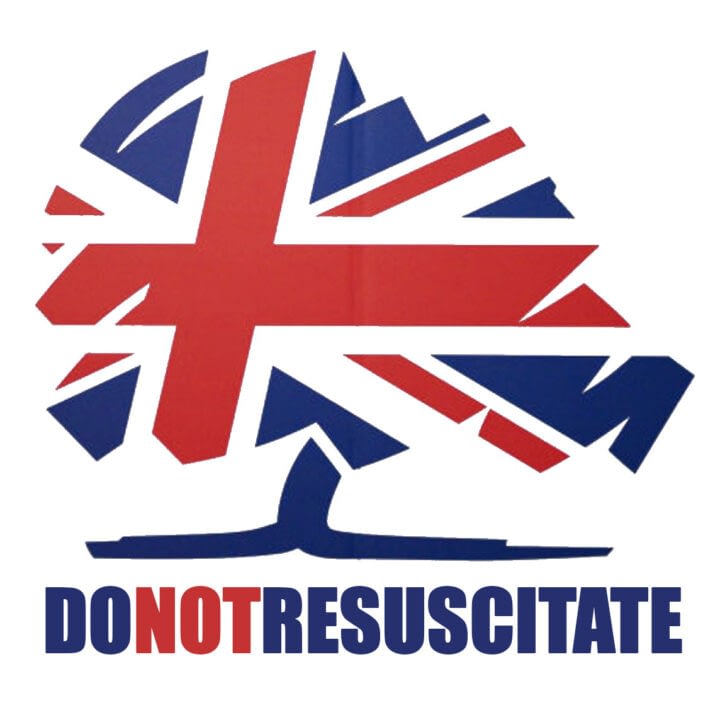 Show your support for the NHS, don’t vote Tory

For Johnson, there will be no victory, only survival and the profound economic impact of the coronavirus and its lock-down will be seen as a consequence of his failure to lead.

As I negotiate the form-filling to apply for Council Tax reduction and wait for advice on how the government will help me as my self-employed income dries up, I do not see the leadership that this situation demands. Instead, Johnson looks like a deflating sex-doll lashed to the ship’s wheel of a floundering galleon. But not even that useful.

The local council and the HMRC are going to take their time to work through the due process to decide whether or not I get a place in a lifeboat, while I look at my bank account and wonder if I should just cancel all my direct debits and jump ship. 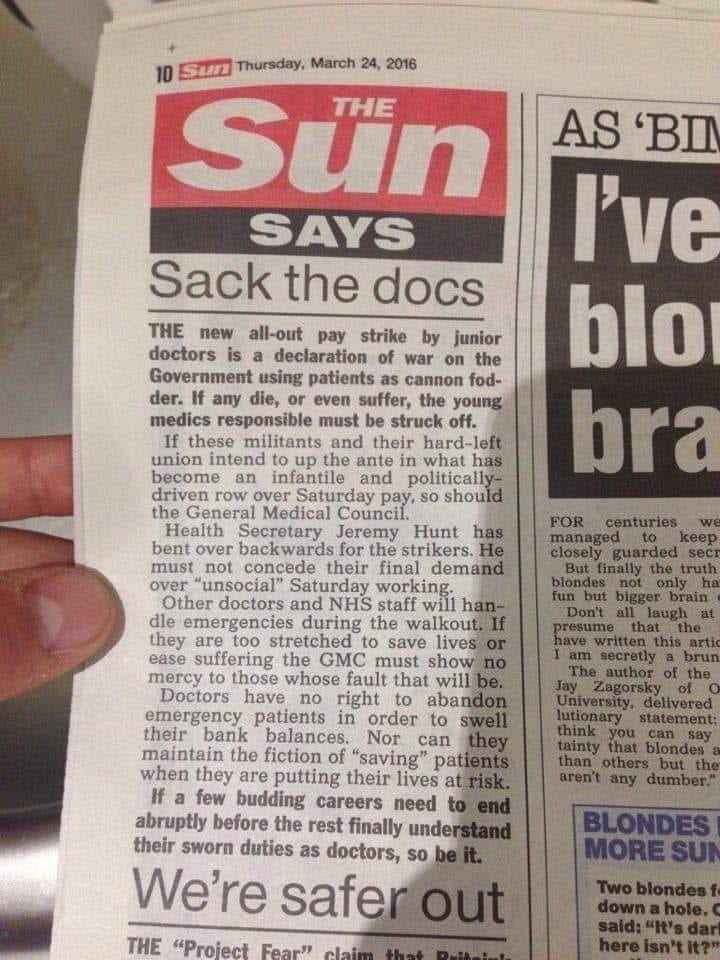 If I’m diagnosed with COVID-19, I have a list of the people I’m going to lick before the Derbyshire Police Stormtroopers gun me down.

If I survive, then I am sure I will see changes in the aftermath. Not least of all, I’m going to buy a copy of The Sun newspaper … to use as the touch paper for the molotov cocktails I’m going to throw through the windows of Wetherspoons’ pubs.

The post Tory Party Do Not Resuscitate notice appeared first on Strapping Times.